Case Study: Back to the Future 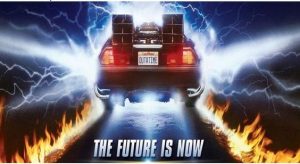 How one MBU client transformed their office with WORKanyPLACE
by Michael Contento, CEO, My Blue Umbrella

One of the biggest challenges we face at My Blue Umbrella may be a surprising one: convincing clients to update their workplace infrastructure—the server and associated applications that they work from. It may seem like a no-brainer—who doesn’t want the latest and greatest?—but the reluctance actually makes perfect sense. As the saying goes, if it ain’t broke, don’t fix it. Plus, there’s the upfront cost—and yet the payoff in the long-run is well worth it.

We recently experienced a similar scenario with Dorbar, an insurance broker that has offered top-notch service in the GTA since its inception in 1988. Dorbar strives to be the best and wants to reinforce itself as a go-to company in the industry. But when they were forced to switch to remote work during the pandemic, they realized their local server and old VPN was slow, inefficient and was making remote work difficult. So, it was finally time to give them a full upgrade.

First, we converted both their file server and operations to our modern cloud workspace, WORKanyPLACE, an automated environment designed specifically to empower organizations and its team members. WORKanyPLACE keeps teams organized, helps reduce cost and increase productivity, all while transforming work processes so that they are as simple and efficient as possible. We also set Dorbar up with other services, like Microsoft 365 and a highly secure firewall.

Within days the Dorbar team saw a huge difference in the way they operated.

But we soon realized that the insurer’s existing customer relationship management software (CRM) just wasn’t cutting it anymore—they needed something integrated into their new WORKanyPLACE environment. And there was no simple fix, either: Because what Dorbar does is so specific, there was no alternative CRM on the market that would meet their exact and specific needs.

So we called in one of our long-time partners, the CRM developers Dalikoo, to create a CRM solution that would work for Dorbar. Because Dalikoo runs natively on Microsoft 365, it was easy to set up, and the programmers created custom features—like automatic renewal notifications— that Dorbar never had access to before.

With so much of their work now automated, Dorbar has already noticed a significant difference in the amount of time it takes to complete tasks. It’s also made them more proactive instead of reactive. Work is quicker, easier and the team feels great about it. The transformation was such a resounding success that it even earned Dorbar, Dalikoo and My Blue Umbrella a shoutout from Microsoft.

At My Blue Umbrella, we believe the small wins make all the difference. Getting Dorbar to accept change was a small win; switching them over to WORKanyPLACE was a slightly bigger one; setting them up with Dalikoo was an even bigger. And it’s already led to greater success and recognition for Dorbar and their overall mission. WORKanyPLACE was the catalyst to modernizing their environment—and it can do the same for you.